Menu
Back to main page 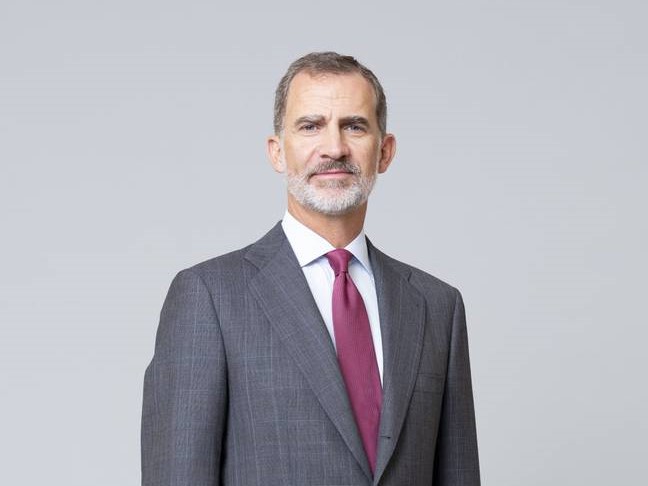 His Majesty King Felipe VI chairs the Committee of Honour of the 2nd International Meeting on Knowledge and the Blue Economy, InnovAzul 2022, which will be held in Cadiz from 29 November to 2 December.
As in the first edition held in 2018, the Royal Family has accepted the invitation made by Francisco Piniella, Rector of the University of Cadiz and President of the CEI-MAR Foundation, organisers of this important event which also has the collaboration of the European University of the Seas (SEA-EU) and which is part of the ITEAZUL Project led by the Vice-Rector for Science and Technology Policy of the UCA, María Jesús Mosquera.

The King responded affirmatively within a short period of time, thus showing the institution’s commitment to the Blue Ecomomy with this meeting, which aims to make Cadiz and southern Europe an international focus of the Blue Economy and its commitment to smart and sustainable growth in all the maritime marine sectors of our environment.

The InnovAzul 2022 organising committee is compiling the ideas and suggestions contributed by the experts who attended the programme committee working day held on 27 July, which was attended by some 200 experts and representatives of the strategic private and public sectors linked to the marine-maritime economy, knowledge and innovation, to define the scientific programme of this important event. In addition to the plenary session, InnovAzul will feature the following parallel sectoral sessions: Ports and Port Logistics; Marine Renewable Energies; Sustainability; Shipbuilding and Off-shore; Marine Resources: Blue Tourism and Blue Territory.

InnovAzul 2022 will bring together companies, public institutions, research centres and universities to foster collaboration between the different agents in the system, promote innovation and contribute to generating a modern, environmentally friendly and competitive economy. It will offer an attractive programme of talks and round tables and will have an exhibition area with more than 60 stands of companies and public and private entities, as well as a space with a hundred tables for the scheduled bilateral meetings.

As a novelty, InnovAzul 2022 is designed as an “event of events” since, in addition to this main meeting, the Palacio de Congresos de Cádiz will host a series of parallel activities of great importance. One of these is the 9th Atlantic Stakeholder Platform Conference. ASPC 2022 which, under the title ‘Atlantic Approach: enabler of a sustainable blue green economy’, will bring together more than a thousand people from the Atlantic region of Europe.

Under the umbrella of InnovAzul, the public-private meeting of the Atlazul Project will also take place, where the design of regional blue growth strategies will be consolidated and the white paper on the governance of the Atlantic Maritime Alliance between Spain and Portugal will be presented.

Other important events will also be held during these days, such as the XVIII National Aquaculture Congress; the Spinazul Summit; the SEA-EU Innovation. Stakeholders Conference of the European University of the Seas; the ADSA. Atlantic Digital Startup Academy Greentech and Matinime Starups on borard; Blue Garum; EMPORIA4KT; the Blue Economy Forum of Barbate; the Sea Fair, among others.