Menu
Back to main page

InnovAzul will have a “Blue Territory”, a space to discover the Blue Economy potential of coastal municipalities. 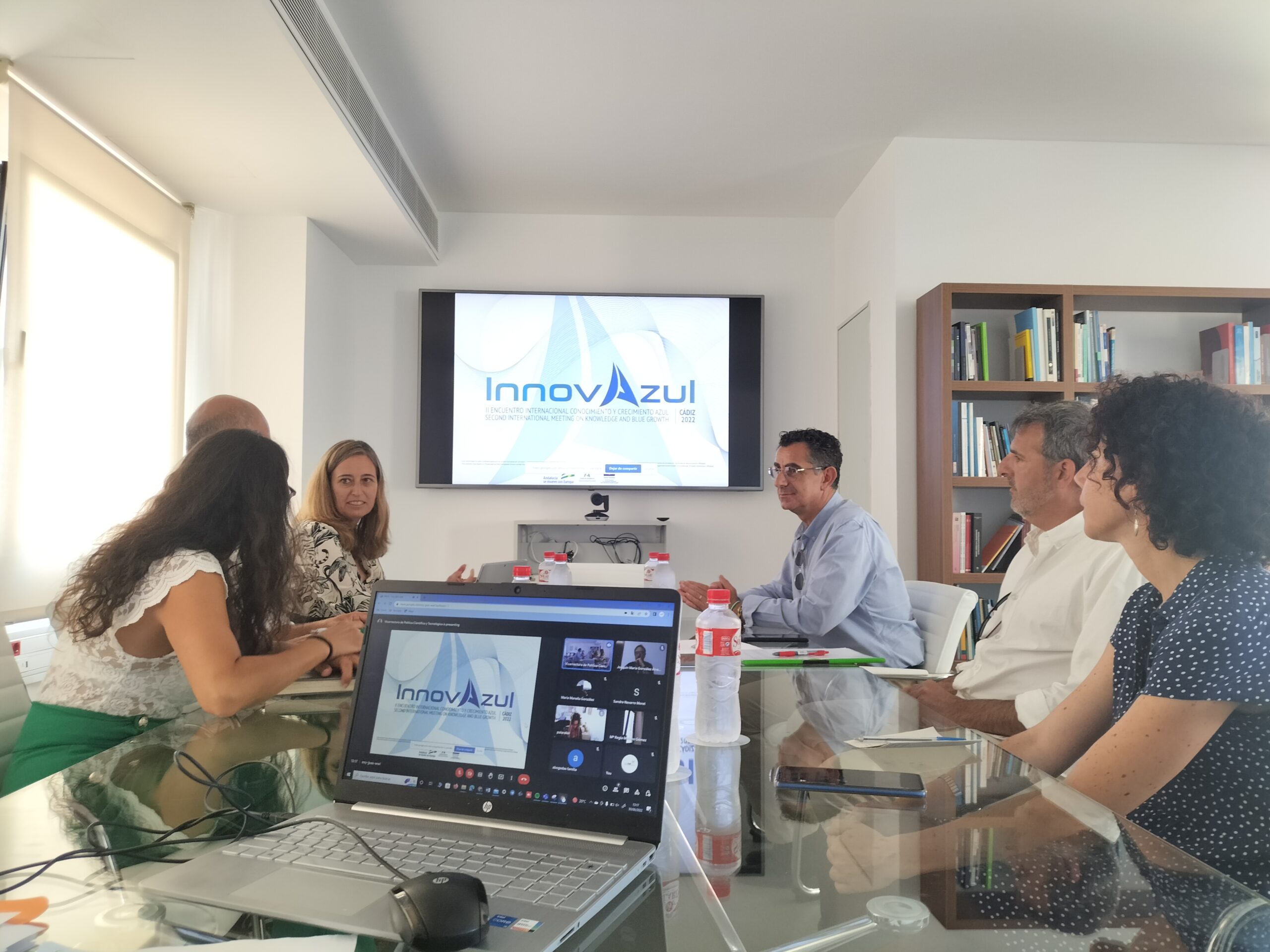 The International Meeting on Knowledge and Blue Economy InnovAzul 2022 will dedicate a sectoral session to what has been called “Blue Territory” and which will aim to diagnose the potential, strengths and needs of the province of Cadiz for the development of the blue economy. The event, whose programme is currently being finalised, will be held in Cadiz from 29 to 2 December, organised by the University of Cadiz and the Campus of International Excellence of the Sea, CEI-MAR.

In order to take this initiative to the coastal municipalities of Cadiz, the Vice-Rector for Science and Technology Policy of the University of Cadiz, María Jesús Mosquera, has met with the municipal leaders of these towns, who have been invited to participate in this important meeting “as it is a unique setting where hundreds of people will pass through and which, as well as a place for debate on knowledge and the blue economy, will serve as a showcase where the potential of these territories can be demonstrated”. In addition, the vice-chancellor has asked for the involvement of these councils “because you are the ones who know the terrain best, you know how to reach citizens through associations, companies, etc., to show them the way and generate an ideal environment in this space that we are going to build together”.

The person in charge of this parallel session, Alejandro Pérez Hurtado, explained that the province of Cádiz, with 285 kilometres of coastline, has great potential and this meeting will serve to establish synergies with town councils, companies, research, innovation and transfer. He also said that the event will serve to draft a blue document that will emerge from the scheduled round tables and to lay the foundations for the future Observatory for Territorial Revitalisation and the Blue Economy of the UCA.

the councillors of Environment and Finance, Human Resources and Innovation, Sandra Navarro and María Manella, respectively; the delegate of Development of the City Council of La Línea, Raquel Ñeco; the technician of the Institute of Development, Employment and Training of the City Council of Cádiz, Aida Muñoz and the managing director of the Institute of Employment and Technological Development of the Provincial Council of Cádiz, Joaquín María González.

All of them have congratulated the UCA and CEI-MAR for this initiative and have shown their willingness to participate and to join this project with enthusiasm in order to add their energies to such an extraordinary opportunity for local administrations.